Gladewater City Councilman Dr. Dennis Robertson will be stepping down from his Place 4 seat at the end of the year after deciding to move to Longview.

The city’s charter re 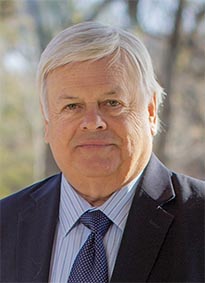 quires council members to live inside the city limits, stating they “must continuously reside within the City during his or her term of office.”

It has not been decided whether the vacant seat will be filled by appointment or the seat will remain vacant until the next election.